What should a person do with his Qurbānī meat?

Is it Sunnah to eat the liver first from a Qurbānī animal?

(1) What should a person do with his Qurbānī meat? Should he distribute it or eat it himself?  Please outline the position of all four schools of thought.

(2) Is it Sunnah to eat the liver first from a Qurbānī animal?

Read the answer below or click here to read in PDF format: What should you do with Qurbani meat and should you eat the liver first

(1) What should a person do with his Qurbānī meat?

“Eat from them and feed the content [poor person] and the beggar.”

The Prophet of Allah ﷺ said:

Accordingly, there are three actions in relation to the Qurbānī meat as follows:

Scholars have further recommended how to split the meat:

In conclusion, it is desirable to for a person to eat from the meat himself and also distribute it to the poor and others. It is also permissible to preserve and store the meat for future use.

(2) Is it Sunnah to eat the liver first from a Qurbānī animal?

It is Sunnah for a person to eat from his Qurbāni animal as outlined above.

In relation to eating the liver first, we have not come across any Ḥanafī jurist who has specified this as a Sunnah.[17] However, some scholars have indicated their preference to start with the liver or that the liver is the best part of the animal. Imam Shāfiʿī (d. 204/820) writes in his book al-Umm (2: 239):

“I prefer that he [the pilgrim] eats from the liver of his slaughter before he performs Ṭawāf or [that he eats] its meat.”

The Shāfiʿī scholars ʿAllāmah Ibn Ḥajar al-Makkī (d. 974/1567) and ʿAllāmah Ramlī (d. 1004/1596) suggest that the best part of the Qurbānī animal is the liver.[18] The Shāfiʿī scholar ʿAllāmah Munāwī (d. 1031/1622) suggests that the Prophet ﷺ would [specifically] eat the liver of the sacrifice.[19] Some Mālikī scholars including ʿAllāmah Abū al-Ḥasan ʿAli al-ʿAdawī (d. 1189/1775) and ʿAllāmah Muḥammad ʿIllīsh (d. 1299/1882) concur with this and explain that a person should begin with the liver for several reasons: Firstly, because it was the practice of the Prophet ﷺ, secondly, it cooks faster, and thirdly the first food in paradise shall be the liver of the fish according to some narrations.[20] The Shāfiʿī scholar Imam Bayhaqī (d. 458/1066) writes:

“The Sunnah in Eid al-Aḍḥā is that he does not eat until he slaughters his animal after Ṣalāh, then he returns and eats from the liver of his sacrifice.”[21]

“As regards [Eid] al-Aḍḥā, the Sunnah is that he does not eat until he returns. Then he should start and eat from the liver of his sacrifice.”[22]

“And he would eat from his sacrifice.”

Imam Ibn al-Qaṭṭān (d. 628/1231) has deemed this addition as transmitted in Sunan al-Dāraquṭnī as ṣaḥīḥ (sound).[24] Ḥāfiẓ Jamāl al-Dīn al-Zaylaʿī (d. 762/1360) and Mullā ʿAlī al-Qārī (d. 1014/1605) both appear to agree with him.[25] This is based on the principle that the addition of a thiqah (trustworthy) transmitter is accepted, and Thawāb ibn ʿUtbah (n.d.) who transmits this addition in the chain of Sunan al-Dāraquṭnī (and al-Sunan al-Kubrā and Maʿrifah al-Sunan wa al-Āthār) is a trustworthy narrator according to Imam Ibn Maʿīn (d. 233/848).[26] It is worth noting that this addition makes no reference to the liver.

“And when he would return, he would eat from the liver of his sacrifice.”

In conclusion, there is no harm in eating the liver of the Qurbānī animal first especially because it cooks faster and it is desirable to rush towards good deeds and hasten towards the hospitality of Allah. It is perhaps for this reason that Imam Isḥāq ibn Rāhwayh/Rāhūyah (d. 238/853) and others advised to eat the liver first. It is Sunnah to eat from the Qurbānī animal in general and this includes the liver and one will be rewarded accordingly. This is reflected in the statement of Imam Shāfiʿī (d. 204/820) quoted above.

[30] There are three additional important points to note here:

Firstly, the chain of Imam Bayhaqī (d. 458/1066) also includes Walīd ibn Muslim (d. 195/810) who is a trustworthy narrator but famous for frequently committing tadlīs (concealing transmitters). See Tahdhīb al-Kamāl (31: 86), Mīzān al-Iʿtidāl (4: 347) and Taqrīb al-Tahdhīb (p. 547).  However, there is explicit mention in the chain that he transmitted the narration directly from his teacher, and therefore this cannot be used to question the authenticity of the chain.

Secondly, Imam Bayhaqī (d. 458/1066) transmits this addition of the liver in Faḍʾāil al-Awqāt (215) through the chain of Thawāb ibn ʿUtbah (n.d.). However, it is worth noting that Imam Bayhaqī has transmitted the same narration with the same chain in al-Sunan al-Kubrā (6160), as outlined above, and the narration makes no reference to the word liver. Thus, it seems as though that the addition of the word liver in the narration is a typing or transmission error. This is supported by the fact that thereafter Imam Bayhaqī makes reference to the transmission of ʿUqbah (d. 166/782-3) and quotes the specific addition regarding the liver to substantiate his point. This is also supported by the fact that the narrations of Musnad Aḥmad (22984), Sunan al-Dārimī (1641), al-Muʿjam al-Awsaṭ (3065), Sunan al-Dāraquṭnī (1715) and Maʿrifah al-Sunan wa al-Āthār (5: 61) transmit the addition of Thawāb ibn ʿUtbah (n.d.) and it does not mention the liver, as outlined above.

Thirdly, Ḥāfiẓ Ibn Ḥajar (d. 852/1449) mentions in al-Talkhīṣ al-Ḥabīr (4: 264) that he has discussed the liver narration earlier in the book. However, I have been unable to find any reference to this addition earlier in the book (2: 169) where Ḥafiẓ Ibn Ḥajar has discussed the narration of Buraydah (d. 62/681-2) (may Allah be pleased with him). Allah Almighty knows best. 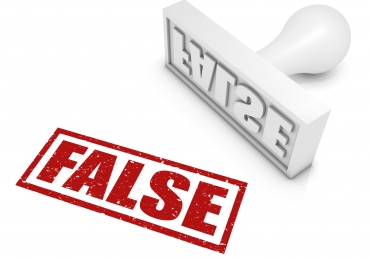 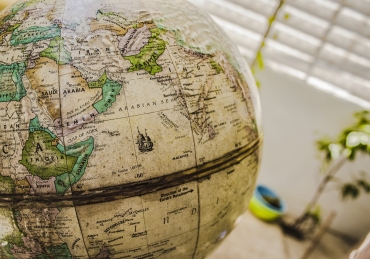 Eid of Qurbani slaughterman is on the second day