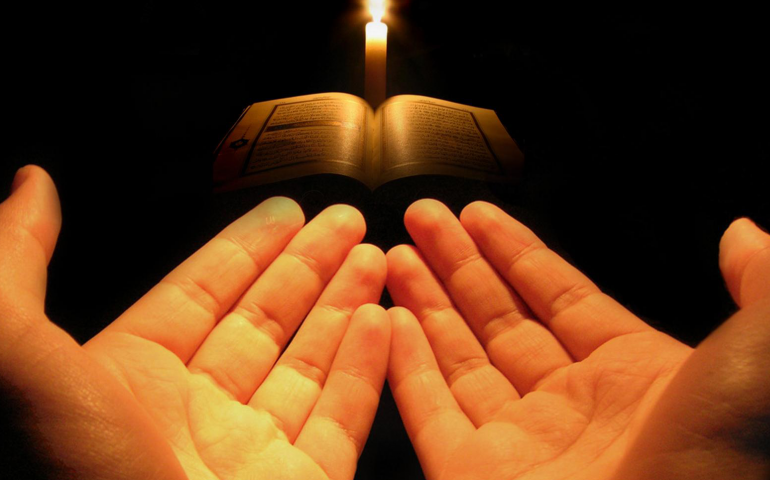 (1) We have been taught to recite the additional words ‘Wa Jalla Thanāʾuka’ in the Thanāʾ of Janāzah Ṣalāh. Is there a ḥadīth that substantiates this?

(5) It is common to raise hands and make congregational duʿāʾ after burial. Is this sunnah and was this the common practice in the time of the Prophet ﷺ?

To download and read the answer as a PDF, click on the following link: Five Questions Regarding Janazah Salah and Burial

(1) We have been taught to recite the additional words ‘Wa Jalla Thanāʾuka’ in the Thanāʾ of Janāzah Ṣalāh. Is there a ḥadīth that substantiates this?

The addition of ‘Wa Jalla Thanāʾuka’ in the Thanāʾ of Janāzah Ṣalāh is commonly mentioned in many duʿāʾ and jurisprudence books.[1] It is also narrated from Imam Muḥammad ibn al-Ḥasan (d. 189/805) that these words are also to be read in the Thanāʾ of the daily Ṣalāh.[2] ʿAllāmah Ibn ʿĀbidīn (d. 1252/1836) states that he has not come across this addition for Janāzah Ṣalāh except in Gunyat al-Mutamillī (p. 169) of ʿAllāmah Ibrāhīm Ḥalabī (956/1549) highlighting that this was not mentioned by earlier scholars and perhaps indicating his inclination to abstain from reading it.[3] Nevertheless, subsequent scholars affirmed this addition for Janāzah Ṣalāh as mentioned by Mawlānā ʿAbd al-Ḥayy Laknawī (1304/1886).[4]

However, we have not come across any ḥadīth that mentions the addition or recital of these words in Janāzah Ṣalāh. There is a narration from ʿAbd Allah ibn Masʿūd (d. 32/652-3) (may Allah be pleased with him) that the words of the Thanāʾ with ‘Wa Jalla Thanāʾuka’

are from the most beloved words to Allah.[5] However, the narration makes no reference to Ṣalāh. It is therefore advisable to read in Janāzah Ṣalāh the normal Thanāʾ that is read in all the Ṣalāh without this addition.

It is permissible to read Sūrah al-Fātiḥah in Janāzah Ṣalāh after the first takbīr with the intention of praising and glorifying Almighty Allah. This has been mentioned by many Ḥanafī scholars.[6] In fact, Imam Ḥasan ibn Ziyād (d. 204/819-20) has narrated its permissibility from Imam Abū Ḥanīfah (d. 150/767).[7] This is supported by several narrations that indicate that the Prophet ﷺ and some of his companions recited Sūrah al-Fātiḥah in Janāzah Ṣalāh.[8]

It is mustaḥab (desirable) to read مِنْهَا خَلَقْنَاكُمْ وَفِيهَا نُعِيدُكُمْ وَمِنْهَا نُخْرِجُكُمْ تَارَةً أُخْرَى (From the earth We created you, and We shall return you to it, and from it We shall raise you once again) during burial.[9] When the body of the daughter of the Prophet ﷺ Umm Kulthūm (d. 9/630) (may Allah be pleased with her) was laid in the grave, the Prophet ﷺ is reported to have recited this verse.[10] Although the narration has been classified as weak, Imam Nawawī (d. 676/1277) and others have deemed it acceptable to act upon this narration.[11] Some scholars have further mentioned that it is desirable to take three handful of soil and split the three parts of the verse on each handful respectively.[12] However, we have not come across any ḥadīth to substantiate this.

It is also worth noting that some narrations have the following addition after the aforementioned verse:

In the Name of Allah, for the sake of Allah and according to the religion of the Messenger of Allah.

Imam Abū Bakr al-Khallāl al-Ḥanbalī (d. 311/923) narrates on the authority of Ibn ʿUmar (d. 73/693) (may Allah be pleased with him) that the Prophet ﷺ said, “When one of you passes away, do not sit [and wait] rather rush him to his grave, and one should recite the opening verses of [Sūrah] al-Baqarah by his head and the final verses by his feet in his grave.”[16] The narration of Imam Ṭabarānī (d. 360/971) and Imam Bayhaqī (d. 458/1066) mentions Sūrah al-Fātiḥah to be read by the head.[17] Imam al-Bayhaqī suggests that this narration is mawqūf (suspended) and is a statement of Ibn ʿUmar (may Allah be pleased with him). Imam Tabrīzī (d. ca. 741/1340) concurs with this.[18] All three narrations of Khallāl, Ṭabarānī and Bayhaqī have a common narrator therein, Yaḥyā ibn ʿAbd Allah ibn al-Ḍaḥḥāk (d. 218/833-4) who is a weak narrator.[19]

(5) It is common to raise hands and make congregational duʿāʾ after burial. Is this sunnah and was this the common practice in the time of the Prophet ﷺ?

In relation to supplication after burial, it is worth noting three points:

Firstly, supplicating and seeking forgiveness for the deceased after burial is Sunnah.[27] ʿUthman ibn ʿAffān (d. 35/656) (may Allah be pleased with him) narrates that when the Prophet ﷺ would complete burying the deceased, he would stand at the grave and say: “Seek forgiveness for your brother, and ask steadfastness for him, for he will be questioned now.”[28] Imam Ibn Abī Shaybah (d. 235/849) has narrated two specific duʿāʾs made by Anas ibn Mālik (d. 93/711-2) (may Allah be pleased with him) after burial.[29]

Secondly, there is a difference of opinion regarding the raising of the hands. The majority of scholars and jurists have not mentioned the raising of the hands which suggests that they should not be raised. This is the view of Mawlānā Ẓafar Aḥmad ʿUthmānī (d. 1394/1974).[30] Ḥakīm al-Ummah Mawlānā Ashraf ʿAlī Thānawī (d. 1362/1943) and Mufti Maḥmūd Ḥasan Gangohī (d. 1417/1996) are also inclined towards this.[31] This is supported by the fact that the aforementioned ḥadīth makes no reference to raising the hands and the majority of the narrations make no reference to this, bearing in mind that hundreds of burials occurred in the time of the Prophet ﷺ. Furthermore, Mufti Rashīd Aḥmad Ludyānwī (d. 1422/2002) suggests that it was not the practice of our elders to raise their hands.[32]

However, Mufti Maḥmūd Ḥasan Gangohi (d. 1417/1996) suggests that it is permissible to raise hands provided one faces the Qiblah and not the grave.[33] This is supported by a narration of Imam Abū ʿAwānah (d. 316/929) in his Ṣaḥīḥ that mentions that after the burial of ʿAbd Allah Dhū al-Bijādayn (d. 9/630), the Prophet ﷺ faced the Qiblah raising his hands.[34] Imam Abū Nuʿaym (d. 430/1038) has also narrated this ḥadīth, which also mentions a supplication the Prophet ﷺ made during the night burial:

As a result of the narration of Ṣaḥīḥ Abū ʿAwānah, Mufti Rashid Aḥmad Ludyānwī (d. 1422/2002) retracted from his earlier position of prohibition and suggests that raising the hands is mustaḥab (desirable).[36] Therefore, there is no harm in raising the hands whilst making duʿāʾ so as long as it is not regarded necessary and one faces the Qiblah.

Thirdly, we have not come across any ḥadīth that suggests that the Prophet ﷺ would make congregational duʿāʾ after burial in the way that has become customary in our community. The aforementioned discussion regarding raising the hands affirms this. The prevalent congregational duʿāʾ has not been mentioned by the majority of the scholars. In fact, the aforementioned ḥadīth explicitly states that the Prophet ﷺ would ask the companions to ask for forgiveness and steadfastness for the deceased. Similarly, Imam Ibn Abī Shaybah (d. 235/849) narrates from Ibn Abī Mulaykah (d. 117/735-6) who said, “When the burial of ʿAbd Allah ibn al-Sāʾib (n.d.) finished, Ibn ʿAbbās (d. 68/687-8) stood at the grave, then supplicated, then he returned.”[37] This narration suggests that ʿAbd Allah ibn ʿAbbās (may Allah be pleased with him) supplicated individually. In fact, the narration of Imam ʿAbd al-Razzāq (d. 211/827) explicitly states that ʿAbd Allah ibn Abī Mulaykah (d. 117/735-6) did not hear any words from the supplication[38], thereby affirming that the duʿāʾ was not congregational. Therefore, it is preferable to supplicate individually.

If however a congregational duʿāʾ takes place, this is permissible on the condition that the congregational feature is not regarded as a post-burial Sunnah and it does not become a habitual practice. Mufti ʿAbd al-Raḥīm Lājpūrī (d. 1422/2001) issued an edict in favour of congregational duʿāʾ after burial. Mufti Saʿīd Aḥmad Ṣāḥib writes in the footnote that the permissibility is subject to it not being regarded necessary and not becoming a customary practice.[39] It is therefore important to educate the community gradually in a constructive manner and avoid using the prevalent congregational mode habitually.

Finally, it is worth noting that the primary purpose of Janāzah Ṣalāh is supplication and seeking forgiveness for the deceased.[40] Imams should therefore not rush the Janāzah Ṣalāh and allow themselves and the congregation sufficient time after the third takbīr to make duʿāʾ.

[39] Fatāwā Raḥimiyyah (7: 95). Muftī Saʿīd Pālanpūrī explains in ʿIlmī Khuṭbāt (2: 52) that the narration in Sunan Abū Dāwūd (3221) indicates that the Prophet ﷺ would not perform congregational duʿāʾ after burial, nor would he supplicate loudly, otherwise there would not have been a need to instruct the companions to supplicate to Allah for forgiveness and steadfastness for the deceased. He further explains that this has been the practice of the people of Deoband and Saharanpur as observed by him over the past fifty years. In other words, after the verses of the Qurʾān are recited at the grave, congregational or loud duʿāʾ does not take place. Rather, people supplicate individually. Similarly, in Fatāwā Qāsmiyyah (10: 116), Mufti Shabbīr Aḥmad Qāsmī and Mufti Muḥammad Salmān Manṣūrpūrī (b. 1386/1967 – ) suggest that it is better to avoid congregational duʿāʾ after burial. 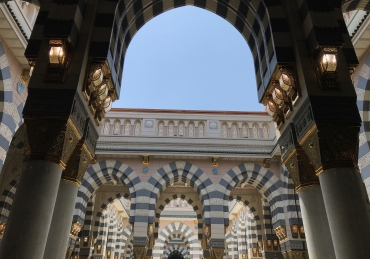 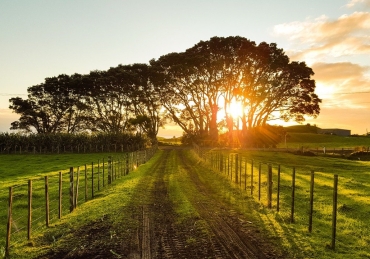 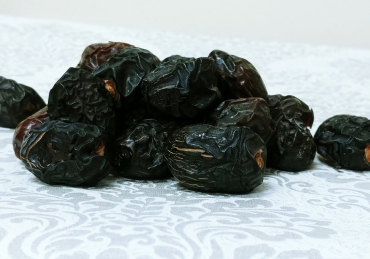 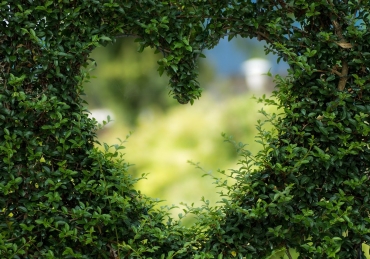 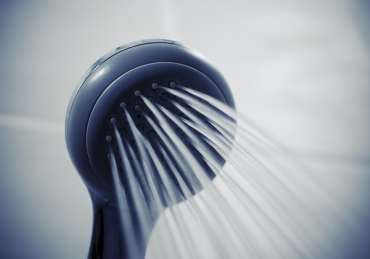