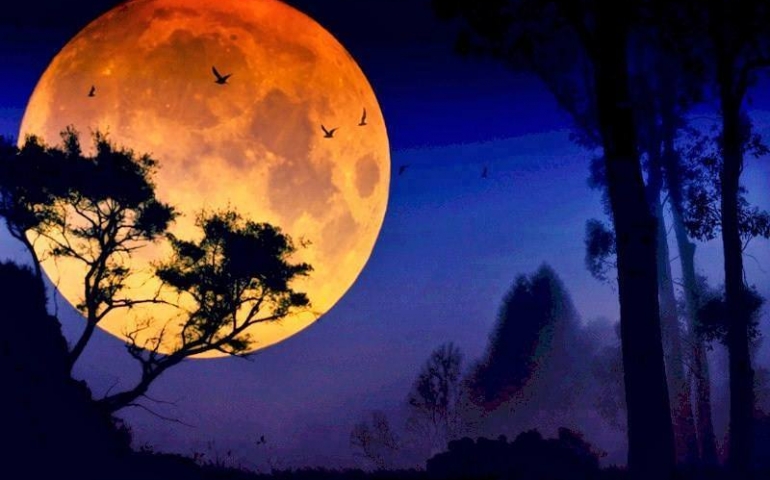 The Creator and the Creation

“Indeed, within the heavens and earth are signs for the believers.”

The greatest miracle bestowed on the beloved of Allah and Master of all humanity, Mohammed ﷺ, was the noble Quran.  Unmatched in literary excellence, sublime in its beauty and religious reverence.  However, despite its immense power and unparalleled nature, there are many from humankind who do not attest to its divine origin.  However, to many Muslims, just hearing the words of the noble Quran is enough to send shivers down the spine, bring tears to the eyes and compel them to bow in humility and in recognition of the awe and splendour of the One who ‘penned’ the book.

Within any creation there are signs of the creator.  In fact, the ultimate determinant of any human creation is the flaws that are contained within it. This is a recognised characteristic of all human creation and is in itself termed ‘human error’. Hence, you find bugs in computer programs, design flaws in cars and even culinary delights that fail to live up to expectations.  However, the ultimate determinant and characteristic of divine creation is supreme and flawless perfection.  The irony is that those of ‘no faith’ term this not as ‘divine perfection’, but rather predictably as mere chance or a fluke of nature.

I find it strengthens my faith in Allah in pondering over the creation.  Only recently I spent an age just looking at an insect on my bedroom window.  The insect had a most beautiful design on each wing which in itself deserved to be looked at and admired.  Each wing was identical in design, dimension and appearance.  A beautiful creation – the name, purpose, and variety of which I was totally oblivious.  However, Allah had even created one of the smallest of his creations with supreme perfection.  Humankind, and even those who advocate chance and probability to creation, would have confined this small, insignificant creation to the annals of the ‘can’t be bothered’ levels of creation.  However, not the Creator who makes the sun rise from the east and set in the west.  Perfection even for this insect – and why not, when our Creator is Al-Khaliq (The Creator) and Al-Mutakabbir (Supreme in Greatness, the Majestic).

Even the humble apple attests to the greatness of the One who created you and me. The apple is a fruit which evolutionists would argue happened by mere chance and that it evolved.  Even if you accept the premise that it came about by chance, how then would you account for all the different varieties of apples.  There are many apple connoisseurs, of which I do not profess to be, however even I know my Golden Delicious from my Pink Ladies and my Braeburns from my Granny Smiths.  They all look similar and are undeniably apples.  However, how could all of these different varieties have come into existence?  All with their own distinctive, taste, colour, size and characteristics.

Al-hamdu lillahi rabbil alamin – All praises be to God, the Lord of the Worlds.

The Miracle that is the Moon

There is one creation which we see nearly every night and yet we barely notice it.  However, in it are signs which are so amazing, so extraordinary, so perfect in their creation that it takes your breath away and makes one reaffirm their very faith and proclaim the Shahada:

The creation in question is our Moon. There are certain characteristics which Allah has placed within the Moon which when seen through the eyes of sincerity and truth can only point to a supreme Creator.  In fact, the ‘ayat’ (signs), are so immense in their nature, that rather than a mere sign, it is akin to the Creator’s very own ‘signature’.  More so, it is tantamount to a ‘challenge’ to those who do not believe, such that the Creator is asking – “Well explain that if you can?”

It is a recognised fact that life on Earth would be impossible without the Moon.  The Moon affects our climate, causes the tides and even gives humans a means by which to measure the passage of time through the observance of moon phases.  The Moon even provides light through reflection as mentioned in the following verse of the Quran, Surah Nuh (71:16):

“And made the moon therein a [reflected] light and made the sun a burning lamp?”

In fact, analysis of moon dust taken from the Apollo moon missions, unbelievably found that most of the moon dust is actually glass.  As Gemma Lavender writes in her article ‘Five things you did not know about Moon dust’:

“Lunar dust is mostly made up of very fine particles of silicon dioxide glass, plus iron, calcium and magnesium, as well as other trace minerals. It’s all been shattered and ground into a fine powder over billions of years of meteorite impacts.”[1]

The effect of all of this is that the Moon in essence behaves like an enormous unpolished mirror, reflecting the Sun’s light – just as it is stated in the ‘Quran’.  Alhamdulillah.

The Moon rotates around the Earth.  This in itself is not extraordinary.  However, the length of time it takes the Moon to rotate around the Earth is exactly identical to the length of time it takes for the Moon to rotate on its own axis.  The net effect of all of this is that the Earth only ever sees one side of the Moon.  Hence, the reason the other side of the moon is sometimes referred to as the ‘far side’ of the moon.  This phenomenon is known as ‘tidal locking’.[2]

The Moon orbits the Earth and in turn both the Earth and Moon orbit the Sun.  There are times when the orbit of the Moon comes directly in line with the Earth and the Sun, and as a consequence the Sun’s rays are blocked and the Earth experiences a darkening, known as an eclipse.  This is a natural consequence of orbiting bodies.  However, due to the perfect size and distance of both the Sun and Moon relative from the Earth, the net effect is that the Moon is exactly the same size as the Sun.  The resulting effect is a total eclipse of the Sun, which is an absolutely stunning spectacle of perfection at a mind-bogglingly enormous scale.  How majestic and powerful is He, whose creation exudes perfection regardless of it being as small as an insect or as large as the solar system.  Alhamdulillah.

All the planets including their moons in our solar system orbit the Sun.  Their orbits are all in one plane which is known as the ecliptic plane. Hence, the best way to understanding this is by thinking of the ecliptic plane as a tabletop.  At the centre of this tabletop is the Sun and all the other planets and their moons orbit the Sun.  Hence, the planets and their moons go around the Sun, however everything remains on the tabletop as they do the orbit.  However, unbelievably, the exception to this is our Moon.  The Moon rotates at a very slight angle of 5 degrees to the ecliptic plane.  You may think, well what is the big deal in that?  This slight variation in orbit to the ecliptic plane means that the moon has a rotational plane which is unique within the solar system and as a consequence the Earth does not experience a solar eclipse every month.  Alhamdulillah – how merciful is our Lord.

Finally, this biggest conundrum and dilemma is how did the Moon even ever come into existence as a partner to the Earth?  There are two ways in which a planet can get a moon.  A part of the host planet breaks away and the breakaway orbits the planet due to its gravitational pull.  However, analysis of the Moon’s composition clearly demonstrates that it is not part of the Earth.  The second theory is that the Moon was in some way captured by the Earth’s gravitational pull.  This again is swiftly dismissed due to the fact that any captured ‘moon’ would have an elliptical (egg-shaped) orbit.  However, unbelievably the Moon has a near perfect circular orbit.  The conclusion is that modern scientific knowledge cannot even explain the existence of our Moon.

Hence, there you have the ‘miracle’ of the Moon.  With science unable to answer the question of the origins of the Moon – those without faith have even resorted to arguing ridiculous theories such that the Moon was placed there by some extraterrestrials.

Reiterating the words of Allah: “Indeed, within the heavens and earth are signs for the believers.”

Allah himself, the creator of the heavens and the earth, has testified those recognising His signs as being “believers”.  May Allah always make us of those who recognise His signs, make us die as such and raise us on the day of judgement (Yawm al-Qiyamah) in such a manner. 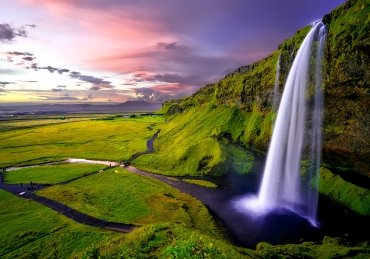 Can there be any reward better than Jannah