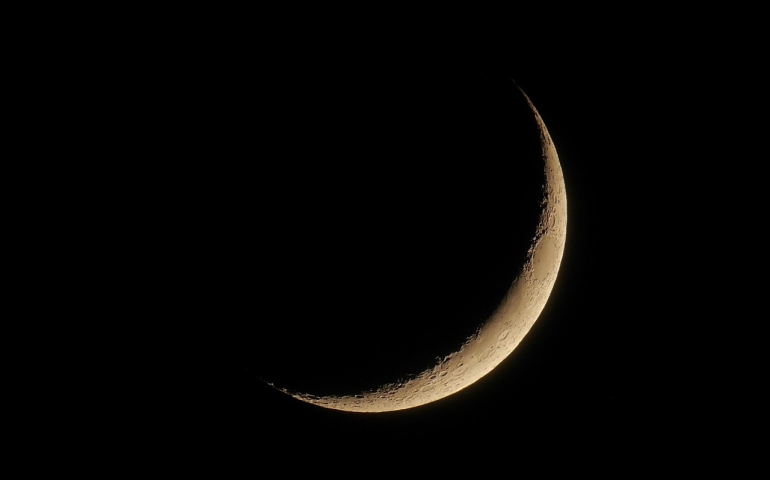 From Superstitions into Light

Rabi’ul-Awwal is the most significant month in the Islamic history, because humanity has been blessed in this month by the birth of the Holy Prophet Muhammad, Sall-Allahu alayhi wa sallam. Before the birth of the Holy Prophet, Sall-Allahu alayhi wa sallam, not only the Arabian peninsula, but also the so-called civilized nations of Rome and Persia were drowned in the darkness of ignorance, superstitions, oppression and unrest. The Holy Prophet, Sall-Allahu alayhi wa sallam, came with the eternal truth of Tawhid (Oneness of Allah), the only faith which provides a firm basis for the real concepts of knowledge, equity and peace. It was this faith which delivered humanity from ignorance and superstitions and spread the light of true knowledge all over the world.

Thus the birth of the Holy Prophet, Sall-Allahu alayhi wa sallam, was the most significant and the most remarkable event in human history. Had there been room in Islamic teachings for the celebration of birthdays or anniversaries, the birthday of the Holy Prophet, Sall-Allahu alayhi wa sallam, would have undoubtedly deserved it more than the birthday of any other person. But that is against the nature of Islamic teachings. That is why, unlike Judaism, Christianity, and Hinduism, there are very few festivals in Islam, which provides for only two Eids (Eidul-fitr and Eidul-Adha) during the whole year. The dates of these two Eids do not correspond to the birthday of any of the outstanding persons of Islamic history, nor can their origin be attributed to any particular event of history that had happened in these dates.

The manner prescribed for the celebration of these two Eids (festivals) is also different from non-Islamic festivals. There are no formal processions, illumination or other activities showing formal happiness. On the contrary, there are congregational prayers and informal mutual visits to each other, which can give real happiness instead of its symbols only.

The Origins of Christmas

In fact, commemorating the birth of a distinguished person has never been prescribed by any religion attributing itself to divine revelation. It was originally a custom prevalent in pagan communities only. Even Christmas, the famous Christian feast commemorating the birth of Jesus Christ finds no mention in the Bible or in the early Christian writings. It was only in the 4th century after the ascension of Jesus Christ that Christmas was recognized as a regular Christian feast. To quote the Collier’s Encyclopedia:

“It is impossible to determine the exact date of the birth of Christ, either from the evidence of the gospels, or from any sound tradition. During the first three centuries of the Christian era there was considerable opposition in the Church to the pagan custom of celebrating birthdays, although there is some indication that a purely religious commemoration of the birth of Christ was included in the feast of Epiphany. Clement of Alexandria mentions the existence of the feast in Egypt about the year A.D. 200 and we have some evidence that it was observed on various dates in scattered areas. After the triumph of Constantine, the Church at Rome assigned December 25 as the date for the celebration of the feast, possibly about A.D. 320 or 353. By the end of the fourth century the whole Christian world was celebrating Christmas on that day, with the exception of the Eastern Churches, where it was celebrated on January 6. The choice of December 25 was probably influenced by the fact that on this day the Romans celebrated the Mithraic feast of the Sun-god, and that the Saturnalia also came at this time.” (Collier’s Encyclopedia 1984 ed, v. 6, p. 403).

A similar description of the origin of Christmas is found in-the Encyclopedia Britannica with some more details. Its following passage will throw more light on the point:

“Christmas was not among the earliest festivals of the Church, and before the 5th century there was no general consensus of opinion as to when it should come in the calendar, whether on Jan. 6, March 25 or Dec. 25. The earliest identification of Dec. 25 with the birthday of Christ is in a passage, otherwise unknown and probably spurious, of the philos of Antioch (c.180), preserved in Latin by the Magdeburyg centuriators (i, 3, 118), to the effect that the Gauls contended that since they celebrated the birth of Lord on Dec. 25, so they ought to celebrate the resurrection on March 25. A passage, almost certainly interpolated, in ‘Hippelates’ (c. 202) commentary on Daniel iv, 23, says that Jesus was born at Bethlehem on Wednesday, Dec. 25, in the 42nd year of Augustus, but he mentions no feast, and such a feast, indeed, would conflict with the then orthodox ideas. As late as 245, Origin (hem. viii on Leviticus) repudiated the idea of keeping the birthday of Christ “as if he were a king Pharaoh”. (Britannica, 1953 ed. v. 5, p.642)

These two quotes are more than sufficient to prove the following points:

In original Islamic resources, also we cannot find any instruction about the celebration of birthdays or death anniversaries. Many Companions of the Holy Prophet, Sall-Allahu alayhi wa sallam, passed away during his life-time. His beloved wife Sayyidah Khadijah, Radi-Allahu anha, passed away in Makkah. His beloved uncle Sayyidna Hamzah, Radi-Allahu anhu was brutally slaughtered during the battle of Uhud. But the Holy Prophet, Sall-Allahu alayhi wa sallam, never observed their birthday or their death anniversaries, nor did he ever advise his followers to celebrate his own birthday in Rabi’ul-Awwal.

What is Wrong with These Celebrations

The reason for abstinence from such celebrations is that they divert the attention of people from the real teachings of Islam towards the observance of some formal activities only. Initially, these celebrations may begin with utmost piety and with a bona fide intention to pay homage to a pious person. Yet, the experience shows that the celebration is ultimately mixed up with an element of merrymaking and rejoicing and is generally confused with secular festivals and the secular, and often sinful, activities creep into it gradually.

The Transformation of Christmas

The example of Christmas will again be relevant. This Christian feast was originally innovated to commemorate the birth of Jesus Christ and, of course, to remember his teachings. But once the occasion had been recognized as a feast, all the secular elements of public festivals crept in. The following quotation from the Encyclopedia Britannia is worth attention:

“For several centuries Christmas was solely a church anniversary observed by religious services. But as Christianity spread among the people of pagan lands, many of the practices of the winter solstice were blended with those of Christianity because of the liberal ruling of Gregory I, the great, and the cooperation of the missionaries. Thus, Christmas became both religious and secular in its celebration, at times reverent, at others gay.”

Then, what kind of activities have been adopted to celebrate Christmas is mentioned in the next paragraphs of which the following quote is more pertinent here:

“Merrymaking came to have a share in Christmas observance through popular enthusiasm even while emphasis was on the religious phase. … In the wholly decked great halls of the feudal lords, whose hospitality extended to all their friends, tenants and household, was sailing, feasting, singing and games, dancing, masquerading and mummers presenting pantomimes and masques were all part of the festivities.” (Encyclopedia Britannica, 1953 v. 5, p. 643)

This is enough to show as to how an apparently innocent feast of reverence was converted into a secular festival where the merrymaking and seeking enjoyment by whatever means took preference over all the religious and spiritual activities.

Being fully aware of this human psychology, Islam has never prescribed, nor encouraged the observance of birthdays and anniversaries, and when such celebrations are observed as a part of the religion, they are totally forbidden.

The Religion is Complete

The Holy Qur’an has clearly pronounced on the occasion of the last Hajj of the Holy Prophet, Sall-Allahu alayhi wa sallam: “Today, I have completed the teachings of your religion.” [Al-Maida 5:3]

Thus, the observance of the 12th of Rabi’ul-Awwal as a religious feast is not warranted by any verse of the Holy Qur’an or by any teaching of the Holy Prophet, Sall-Allahu alayhi wa sallam. Had it been a part of the religion it would have been clearly ordered or practiced by the Holy Prophet, Sall-Allahu alayhi wa sallam, and his blessed companions or, at least, by their immediate pupils. But no example of the celebration of the occasion can be traced out in the early centuries of the Islamic history. It was after many centuries [Albalagh

Disagreement About the Date

By this we do not mean that the Seerah meetings should not be held in the month of Rabi’ul-Awwal. The point is only that they should not be restricted to it, nor should it be believed that the Shariah has laid any kind of emphasis on holding such meetings in this particular month.

Another point that should always be kept in mind while holding such meetings is that they must be in complete conformity with the rules of Shariah. A Muslim is supposed to abide by the rules of Shariah in all his activities. But at least the meetings held in the memory of the Holy Prophet, Sall-Allahu alayhi wa sallam, should be free from all the acts forbidden by the Shariah.

It is often observed, especially in the Western countries, that the people hold the Seerah meetings where men and women sit together without observing the rules of hijab prescribed by the Shariah. The teachings of the Holy Prophet, Sall-Allahu alayhi wa sallam, are obviously against such mixed gatherings. How can a Seerah meeting bring fruits where such fundamental teachings of the Shariah are openly violated?

All other activities, often practiced on the twelfth of Rabi’ul-Awwal, like holding processions, constructing the mock tombs of the Holy Prophet, Sall-Allahu alayhi wa sallam, and illumination of the buildings and the roads are not warranted by any rule of the Shariah. Rather they are based on conscious or unconscious imitation of certain other religions. No example of such activities can be traced out from the earlier Islamic history.

What is really important with regard to the Holy Prophet, Sall-Allahu alayhi wa sallam, is, first, to follow his teachings, and second to make his pious Seerah available to every Muslim, to preserve it in the hearts of the Muslims from the very childhood, to educate the family members to run their lives according to it and to hold it as the most glorious example of the human conduct the universe has ever witnessed — and all this with utmost love and reverence, not manifested by some formal activities only, but also through actual behavior of following the Sunnah. This cannot be done by merely holding processions and illuminating the walls. This requires constant and consistent efforts and a meaningful program of education and training. 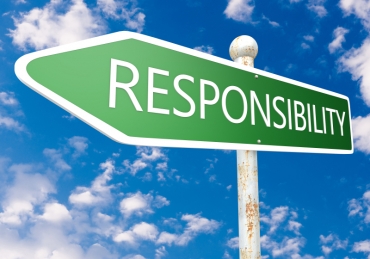 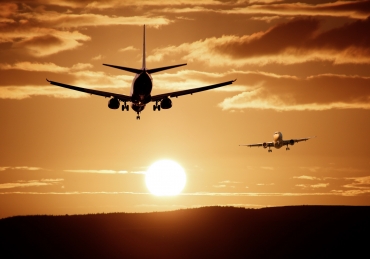 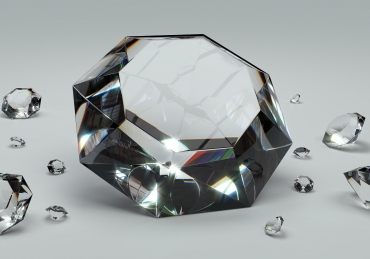 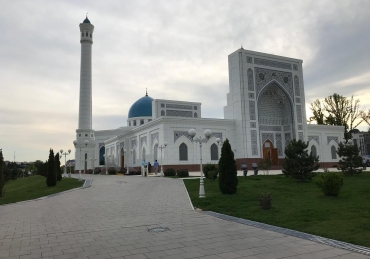 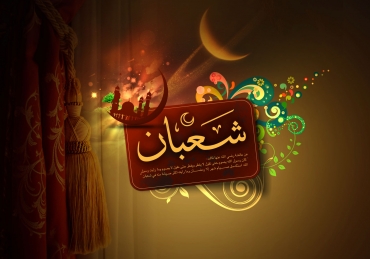 Fast of 15 Shaban in the hanafi school